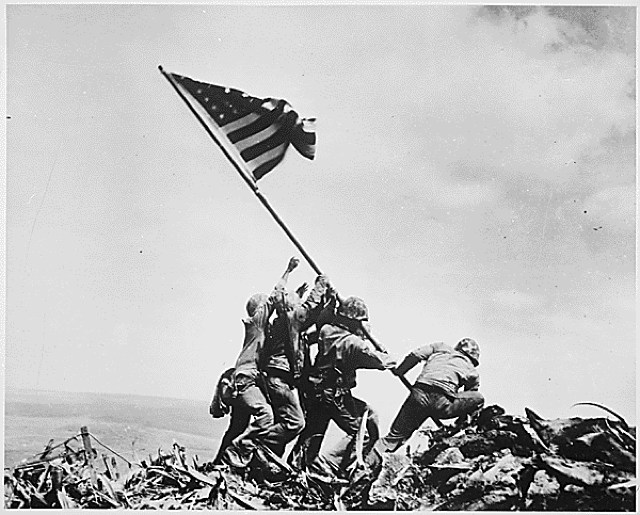 Let’s go across to the outpost of those pagans,” Jonathan said to his armor bearer. “Perhaps the lord will help us, for nothing can hinder the lord. He can win a battle whether he has many warriors or only a few!”

I love stories that require some grit.  Grit can be defined as someone who displays courage, guts, resolve, and a backbone when the stakes are high.  Jonathan was a man that had grit.  The story above tells us how Jonathan and his armor bearer, though the odds were against them and defeat looked evident, charged the enemy anyways with a gutsy faith!  "Perhaps the Lord will help us, for nothing can hinder the Lord..."

That's a pretty gutsy thing to say.  Perhaps. Was Jonathan doubting God's ability?  I dont believe so.  He was confident that God can do anything and the battle was His.  Jonathan was just tired of doing nothing.  His father, Saul (the King), was comfortable sitting in the shade of the trees while an enemy approached.  Not for Jonathan.  Someone in this army needed spiritual grit. Someone needed to finally reject passivity and actually behave like God can do mighty things...impossible things!

Another man that had grit is found not to long ago at the battle of Iwo Jima, his name is Jack Lucas.  Jack talked his way into the Marines at fourteen years old, fooling the recruits with his muscled physique.  While stationed in Hawaii he was assigned to drive a truck around the island, but had grown frustrated; he wanted to fight.  D-Day for Iwo Jima was about to begin, so he stowed away on a transport departing from Honolulu heading towards one of the bloodiest battles in WWII. He was only 17 at this point. He landed on Iwo Jima without a rifle, but charged anyways towards the enemy.  Once finding a rifle from a fallen comrad he fought his way inland.  While crawling through the trenches with a few other soldiers the enemy sprang up on them and tossed two grenades landing right by Jack.  Jack instinctively covered up both of the grenades with his body to protect the other soldiers.  Jack remembers thinking to himself "I'm about to die."  One of the grenades explodes tossing the badly wounded Jack through the air, but sparing his comrad's lives.  Jack miraculously survives the injury (after 21 operations) and becomes the youngest person ever to receive the Medal of Honor--The only high school freshman to do so.  Jack had over 200 peices of shrapnel in his body for the rest of his life.  Not only that, Jack joined the Army later in life to become a paratrooper...just to conquer his fear of heights.

So what's our excuse again for not having a gritty type of faith?  As we move forward from the comfort of the shade, let us not forget that Perhaps the Lord will help us, for nothing hinders the Lord.  Nothing.