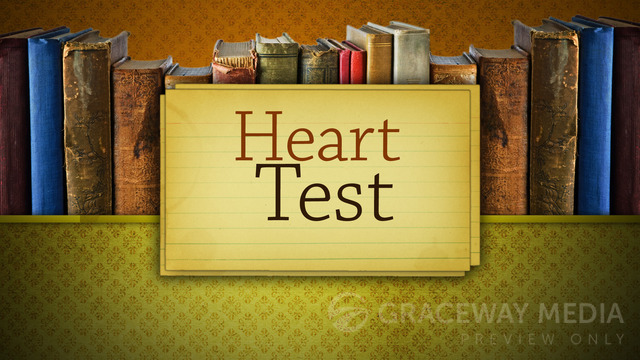 Therefore be patient, brethren, until the coming of the Lord.  See how the farmer waits for the precious fruit of the earth, waiting patiently for it until it receives the early and latter rain.  You also be patient.  Establish you hearts, for the coming of the Lord is at hand...My brethren, take the prophets, who spoke in the name of the Lord, as an example of suffering and patience.  Indeed we count them blessed who endure.  You have heard of the perseverance of Job and seen the end intended by the Lord--that the Lord is very compassionate and merciful. (James5:7-11 NKJV)

It has been said that character develops daily, not in a day. If you continue to do the heart work, which is typically hard work, daily victories compound and the inevitable result is growth over time.  How are you handling those daily tests?  The tests can appear small, insignificant even or they can also be those moments that can effect every area of your life.

Do you have what it takes to pass the test?

I've always admired Josheph's up and down story and the process it took for him to become the man God created him to be. Before Joseph could ever manage all of the power given to him in Egypt, he first needed to spend some time in God's "slow cooker" seasoning as a slave and prisoner.  John C. Maxwell says, "Only in testing do people discover the nature and depth of their character.  People can say anything they want about their values, but when the pressure is on, they discover what their values really are."

The pressure was certainly on for Joseph during his early years, but there could have been no other way for growth to take place.  Gold is purified only after it passes repeatedly through the fire.  Diamonds are created only under extreme pressure.  And your character is strengthened only through trials.

When people react positively to trials, many remarkable things can happen.  Allow your heart to be developed daily.